Update (April 17, 2020): Award space with United MileagePlus is now wide-open on the Cape Town and Cancun routes. Interestingly only Business awards are available on the Cancun route. 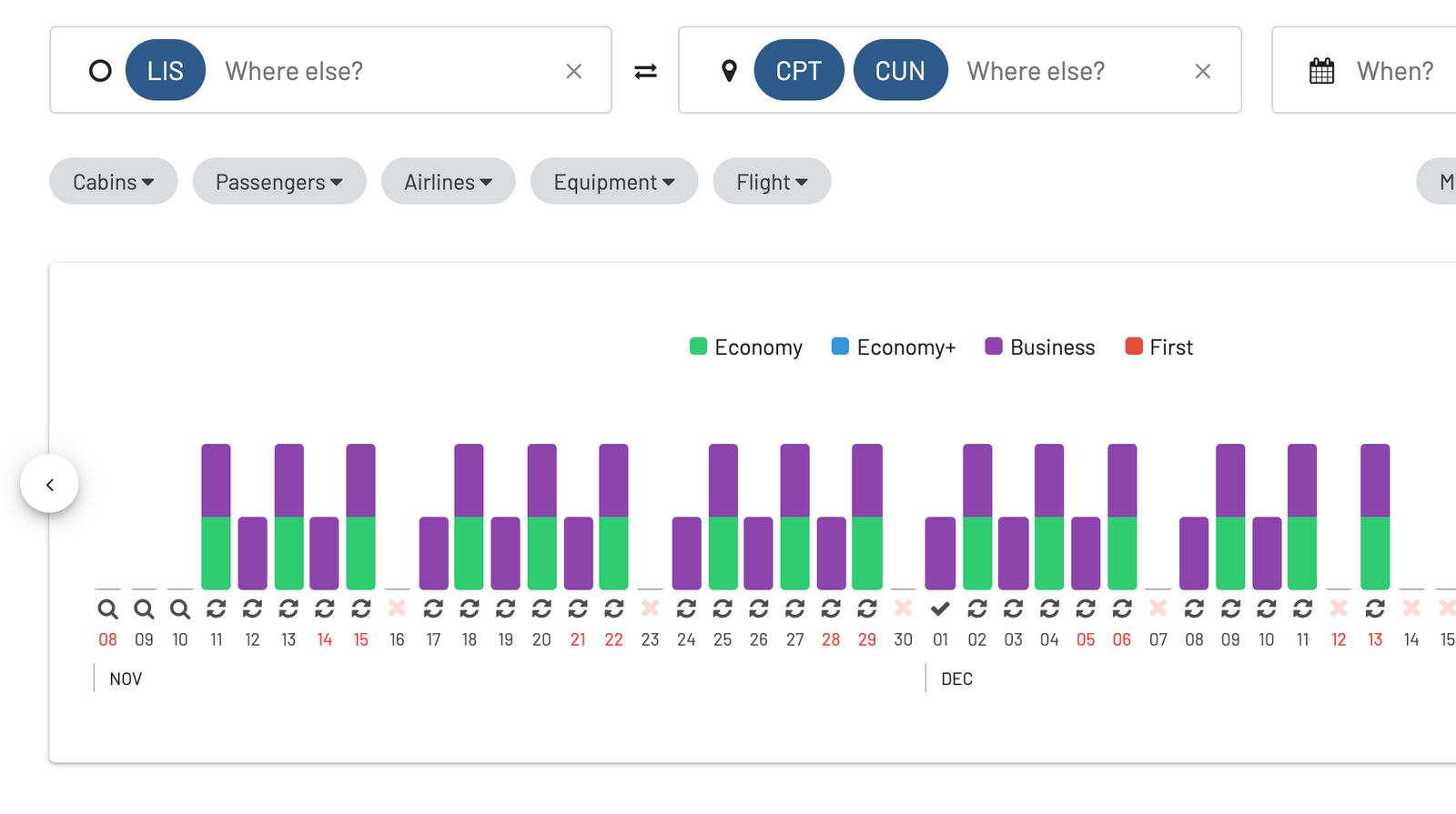 Starting November 11, 2020, TAP will be expanding to 2 new destinations from Europe, Cape Town and Cancun. Furthermore, they are also adding another route to Ponta Delgada from North America from June 25, 2020:

Revenue tickets are for sale, but award space through Star Alliance partners isn’t available yet as of April 13, 2020. If you’re interested in any of the new routes then be sure to setup alerts in AwardFares to get notified as soon as award space opens up.

Of the new routes, the first two routes (Cape Town and Cancun) will probably be of most interested to European frequent flyers as these offer two new options for award travel to these regions. Furthermore, TAP intends to operate these routes with modern aircraft types compared to the other carriers; a nice benefit.

With the new TAP route there will be 4 Star Alliance routes from Europe to Cape Town:

The main alternative direct from Europe would be to fly via Johannesburg (JNB) and connect with South African Airlines (SAA). However, considering the state of SAA and the current global situation who knows if that will still be a viable option in the future.

The best alternatives with connections outside of Europe would be Ethiopian via Addis Ababa (ADD) or Turkish via Istanbul (IST). The former is known to have better award availability, whilst the latter has a more extensive route network in Europe.

Before the new TAP route there is only a single Star Alliance direct route from Europe to Cancun, operated by Lufthansa from Fankfurt.

TAP operates two routes from Europe to the Azores (which is an autonomous region of Portugal). However, they have already had one route from Boston with the additional route to Toronto later this year. Other than TAP, Swiss is the only other airline serving the Azores, with a route from Geneva.