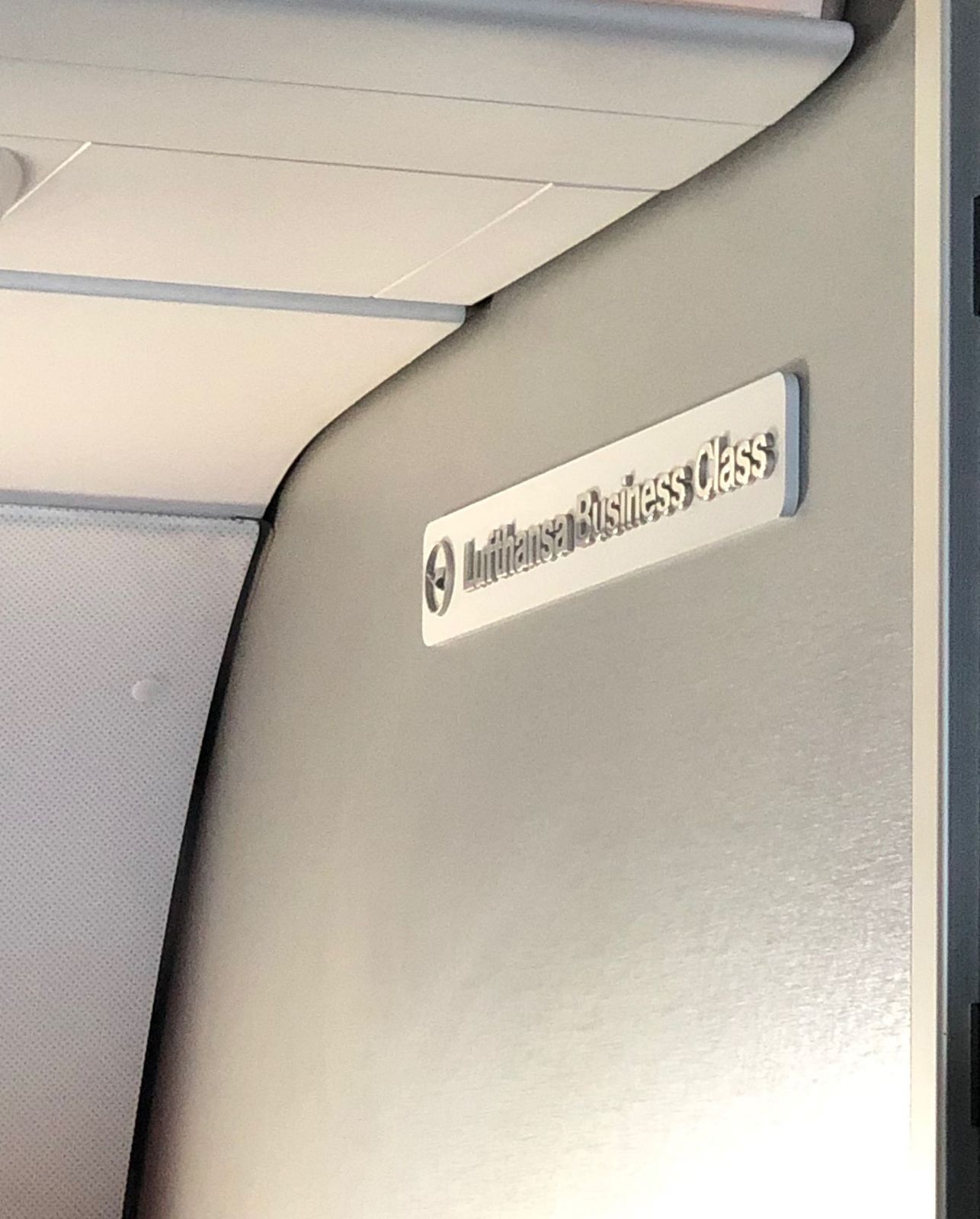 I was recently offered a surprise operational upgrade on a Lufthansa flight from Frankfurt to Lisbon. This gave me a great opportunity to try out Lufthansa’s short haul business class. Since this was a surprise upgrade, and the business class part of the cabin is the same as the economy class, the review will be a bit shorter than usual.

Since the upgrade was done at the gate outside of my control, I wasn’t able to pick a seat. However I was assigned 01F which I would say was the best seat in the cabin anyway.

Lufthansa has a curious table design for their bulkhead seats on the A320, which I must say I quite like. Instead of having the table collapsed in the armrest, the table is attached to the wall and slides out quite far in order for it to be reachable. The result is that you get a good surface area behind the table on which you can comfortable put a laptop or iPad in case you want to watch something while eating or get some work done. This is quite the difference from bulkhead seats on other airlines I’ve tried, where the tables are usually smaller and more clumsy than the regular ones. 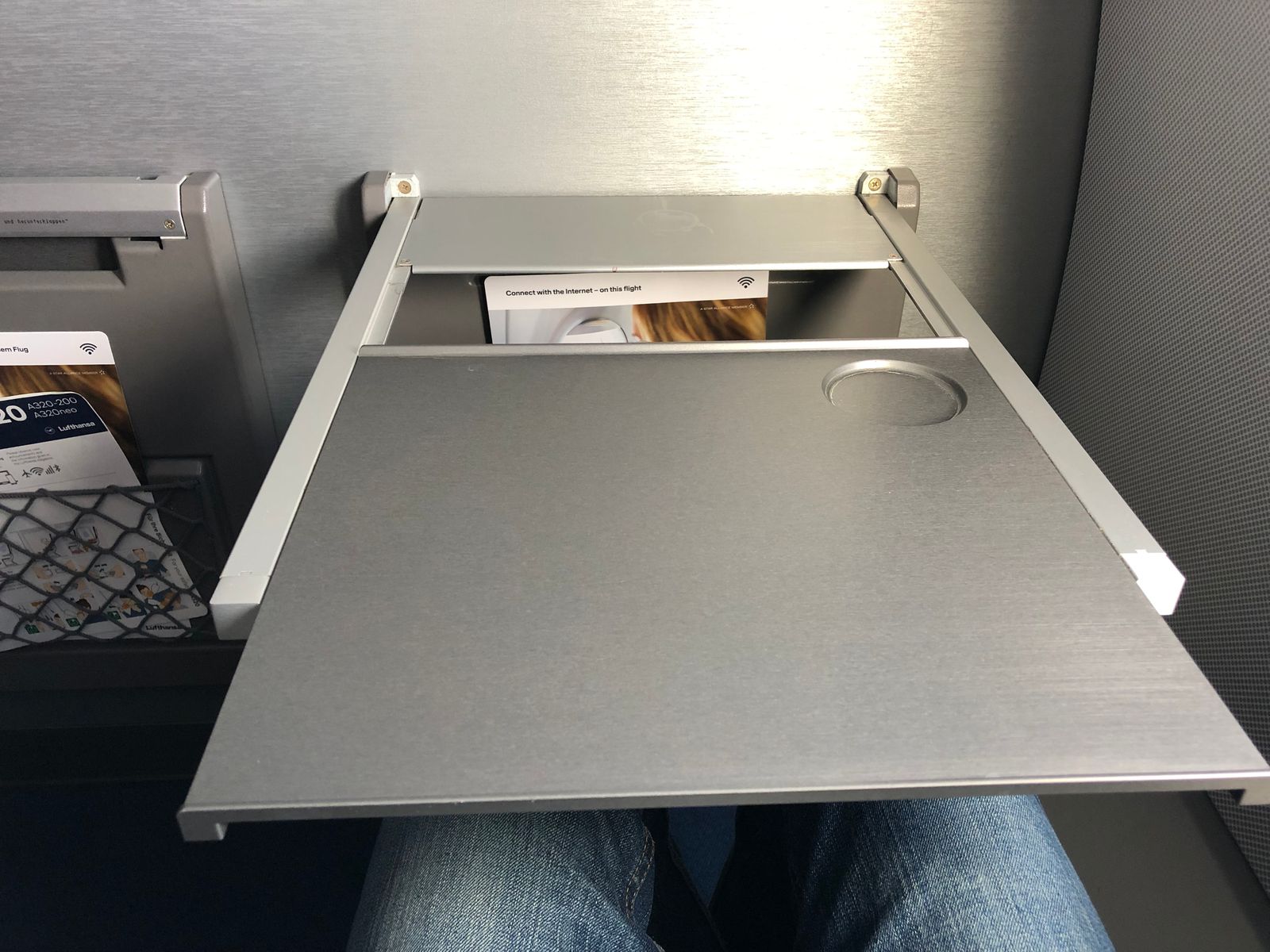 The meal service started with some snacks (The same nuts as Lufthansa serves on long-haul flights in business class and premium economy) and a selection of drinks. I opted for some sparkling wine which, unlike in economy, is served in a real glass.

The meal itself was a full three-course dinner which was quite good! Having had poor experiences with steaks on all airlines apart from Asiana I opted for the Char. It turned out to be a great choice, rice and fish is hard to screw up. My one gripe with the food was that all parts of the cheese platter was contaminated with the flavor of the blue cheese. As I’m not the greatest fan of blue cheese this meant I had to skip on that one. 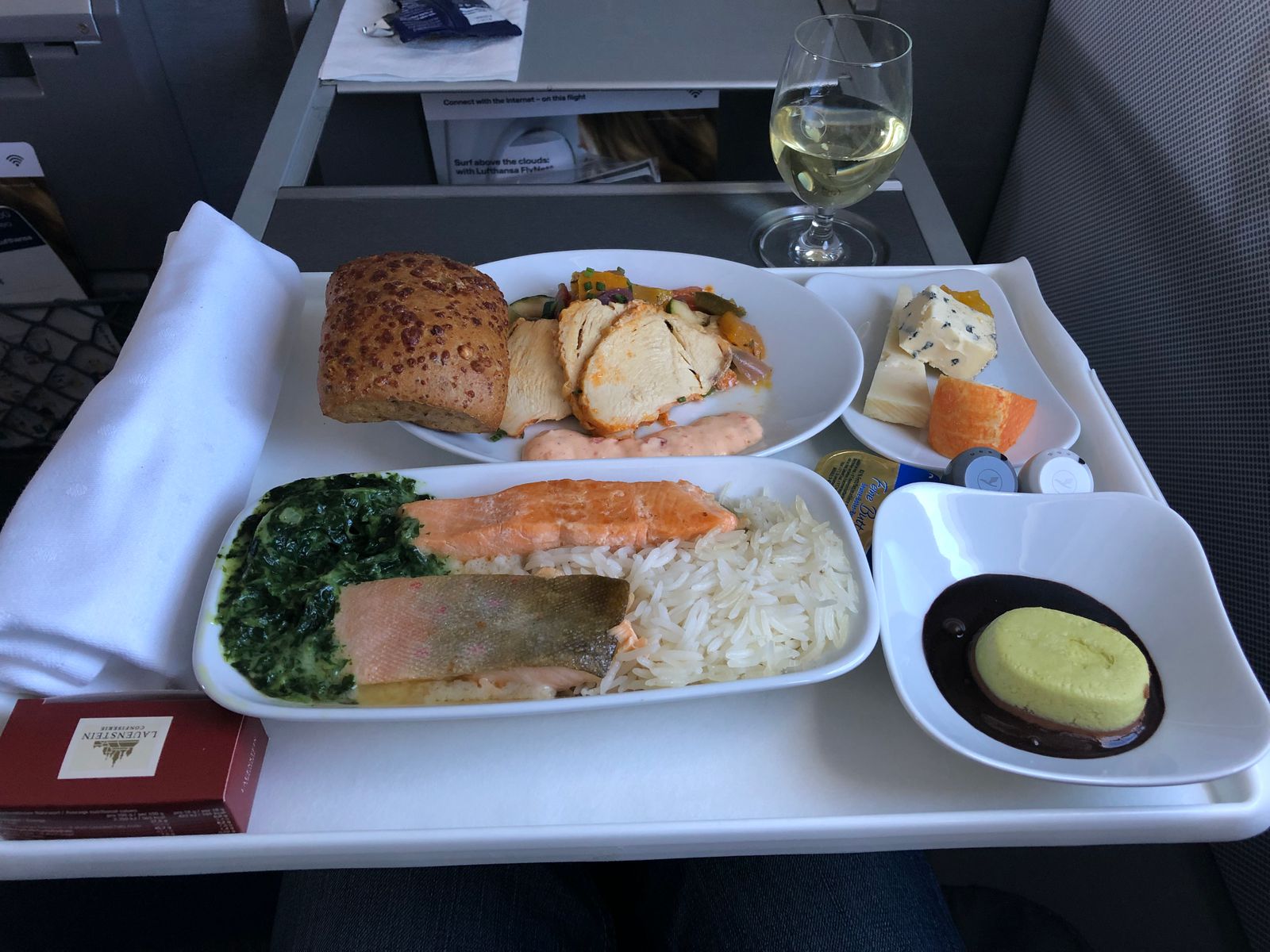 Finally after dinner I was offered a large piece of chocolate along with a new round of drinks. I opted for something I rarely drink, a glass of Bailey’s Irish Cream which complemented the chocolate very well.

Overall I had a great experience, however since I didn’t pay for the cabin class nor for the upgrade it’s hard to give a verdict on the value. The food is good and the crew was friendly and helpful, I would definitely recommend at least trying out Lufthansa’s short haul business class.